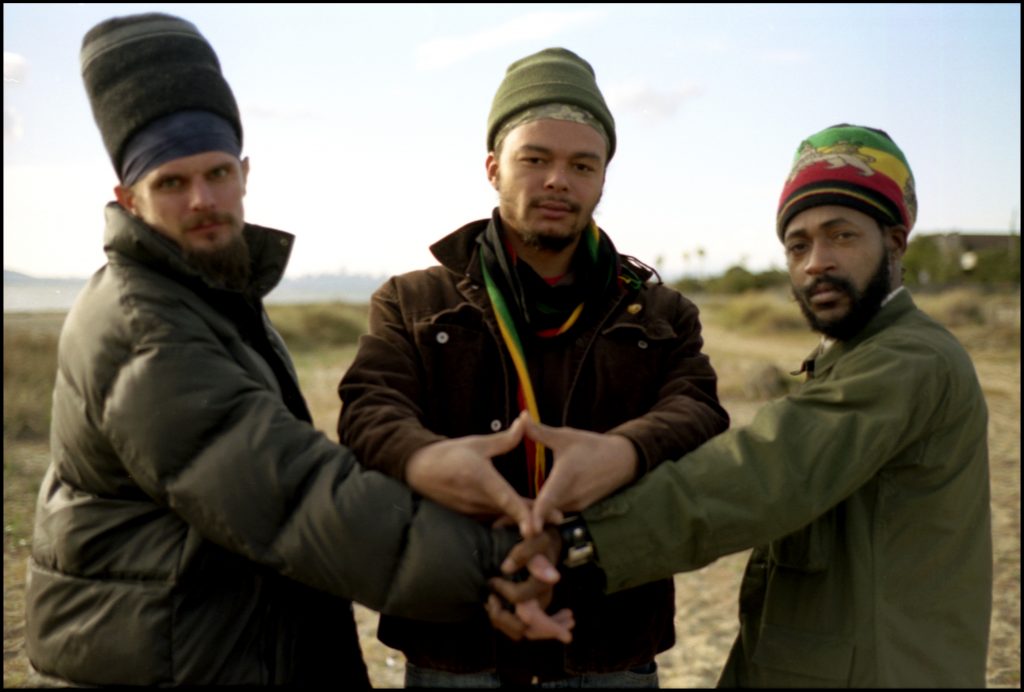 1) Can you introduce yourself for the French fans ?

2) When do you have created “lustre kings” ?

Lustre Kings Productions started in the reggae industry in 1996.

3) What were your objectives at the beginning ?

To make good reggae music. I had connections to a lot of talented people in Jamaica, as a result of my time teaching there. Moon, my childhood friend is a  talented musician and visual artist had started producing some of his own music and became interested after i made a record in Jamaica. We wanted to create a platform where our collective talents and people could be showcased. In addition, as a teacher who is always working to educate children, I wanted an outlet that could reach, and “teach” adults. Reggae music seemed like the perfect platform for that.

4) Does it need to be a musician to be a good producer and do you play some instruments?

I think to be a good record producer it is important to know music, to know keys and to be proficient on a chordal instrument and be a musical person. It helps greatly to direct artists that may have a great voice but their timing is off or an artist who has great rhythm but needs to adjust their pitch.

These days the term of a “producer” has many definitions. Both Corrin & Moon are producers though Corrin doesn’t play instruments he has had clear vision of what type of riddim LK should work on and the artists that would be good for that music. Moon is a “hands on” musician, player, arranger and engineer. 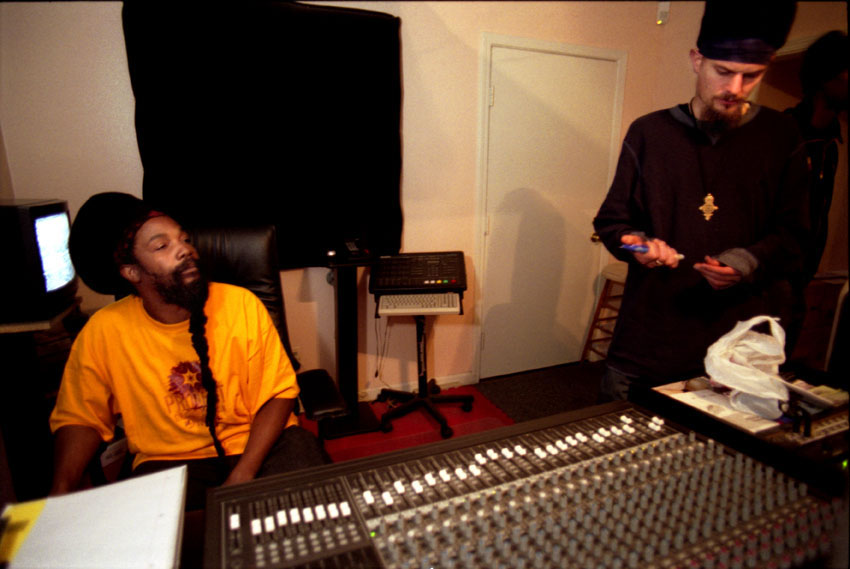 5) How do you choose the artists that you want to work with ?

Well, sometimes they chose you. Or, by the powers, it all comes together. Early on we did seek out certain artists we felt were talented but were not getting exposure. We would try to work with an artist that had a buzz or was receiving notoriety and also expose an unheard of artist at the same time. As you grow and develop in the industry, you begin to develop relationships with artists. Having a good chemistry and working relationship with an artist has helped make that decision easy over the years.

6) Do you remember your first production?

7) What is your best memory in all these years of work?

There are too many too mention. I look at it all as one experience which has been amazing. I really have enjoyed all the traveling I have been fortunate to do (Jamaica, Cuba, Japan, France) Europe, etc.) over the years and meeting a wide variety of wonderful people across the globe. Also, seeing the effect the music and label has had on fans) supporters over the years has been a blessing.

8) You have worked with so many artists but which one you have prefer the most ?

The artists that allow themselves to be produced, free of ego and attempt to make the best music they can. It has been an honor to work with all the artists we’ve connected with over the years. In the studio, Jahdan Blakkamoore is an amazing, pliable talent. It has been amazing to see and participate in Lutan Fyah’s growth as well. Sometimes it’s not about who you work with, but when you work with them. We have been fortunate enough over the years to work with artists at peek times during there careers.

9) Can you explain what is exactly the work of a producer ?

A record producer does many things. tracking the foundation of a riddim or beat that becomes a song. Sometimes writing the chord progression, arranging the music, organizing the musicians, recording in the studio, the drums bass guitar and keys. or programing the drums, synths and sounds. playing the music for an artist to write a song to, doing overdubs of vocals, horns, strings. helping to direct an artist while they record their vocal. 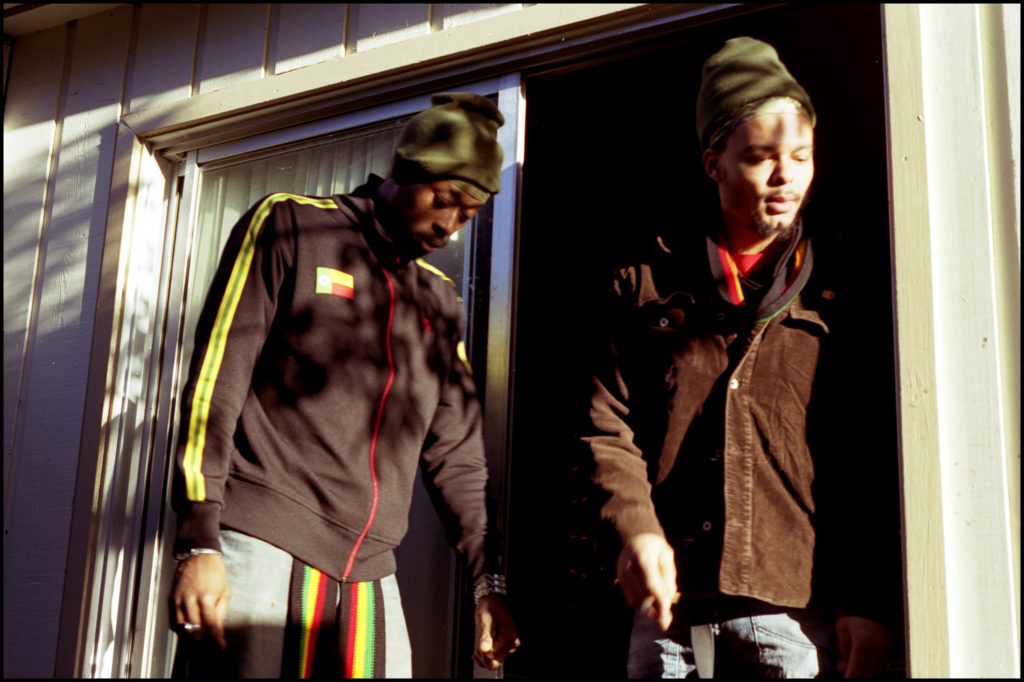 One that hits you immediately. One you can listen to over and over again, and never tire of. One you can always play.

11) As a professional of the reggae business, what is your thinking of it in general ?

The response to this question can depends on one’s mood. It is full of ups and downs, good and bad, etc. I can say that I am very thankful to have played a part in the industry for an extended period of time and honored to have worked with and met all the talented people over the years. It is a hard genre to stay current in as it is a very fad based music. It is also not the most financially lucrative genre which is challenging for both artists and labels.

12) For you why the VI artists are less promoted ?

I think part of the reason is that they’re simply not from Jamaica. Though Pressure had great success but that came after he went to Jamaica. It seems as though there are certain parts of the industry that feel Jamaica is the only place that produces “authentic” reggae music, whatever that means. So at times, the VI artists tend to get overlooked. They are certain equal talentwise.

13) Which are the production that you have noticed this year?

The whole “reggae revival” movement has rejuvenated a lot of people in the industry. Busy Signal’s album was great production. I am paying more attention to the releases I am producing with Zion I Kings, we have put out a few releases this year that have kept us busy. Most recently is the new Lloyd Brown album, Rootical.

14) Can you tell us what are your projects for this year and in the future?

We are about to drop a single) video before the end of the year with Jahdan Blakkamoore & Kabaka Pyramid, called “For the Children” on the “Junction” riddim, which we plan to release in early 2014. Zion I Kings a production team that of David Goldfine from Zion High Productions, Laurent ‘Tippy’ Alfred from I Grade Records and Andrew ‘Moon’ Bain from Lustre Kings. ZIK did most of the music for our Perfect Giddimani album and they produced a few albums this past year, Glen Washington, Batch, Danny I, Lloyd Brown, General Jah Mikey, a song on the Snoop Lion album and more. We are currently deep in the production for Jahdan Blakkamoore’s next album on Lustre Kings Productions.

15)  Do you have a message for the French fans?

We make this music for the love. We do it with the intention to make the world a better place, We thank you for listening and hope it can bring some joy and feeling to you. Merci pour votre soutien!