About The Lustre Kings Family

Lustre Kings Productions was created in 1996 by its two founders Corrin Haskell and Andrew ‘Moon’ Bain. They did most of their early work at Anchor Studios under the tutelage of a young engineer names Delroy “Fatta” Pottinger. Their first single come out in ’96 entitled, “Jah All The While” by an artist named Mr. T. Needing to expand the label’s recognition, Lustre Kings began to branch out and work with different studios, engineers, and artists who had more of a “name” in the industry. After a couple years of recording, releasing a variety of singles, and making various connections in Kingston, the label was ready to take it up a level. By the year 2001, LK’s first full-length compilation album, “Culture Dem” was released. It featured some industry giants such Sizzla, Capleton, and Luciano, but perhaps its most noticeable quality was the amount of fresh, “undiscovered” talent that appeared on the album. Lustre Kings became known for this ability to recognize artists on the brink of breaking out in the industry and giving them an early platform to shine. Artists like Lutan Fyah, Turbulence, Natty King, Jahan Blakkamoore, and many more all got early exposure while working with LK. Over the next decade, Lustre Kings released a plethera of riddim runs (African Charm, Credential, Fortune Teller, Alarm Clock, No Politics, Talking Drum, and more), the 2nd and 3rd editions of the “Culture Dem” series, as well as several full length artist albums from Lutan Fyah, Turbulence, Norrisman, and more. It was at this time that LK began to work with more artists from the US Virgin Islands, most noticeably Midnite. As time passed, LK continued to build a reputation as a label who, not only had a knack for spotting early talent, but also for putting out “the highest grade” of classic roots and culture music in a modern era. It eventually merged with two partner labels (I Grade Records and Zion High Productions) to form the powerhouse production team known as Zion I Kings. The 3 labels continue to release riddims and album of the highest quality to this day and are recognized worldwide for the magnitude of the musical works the have done. 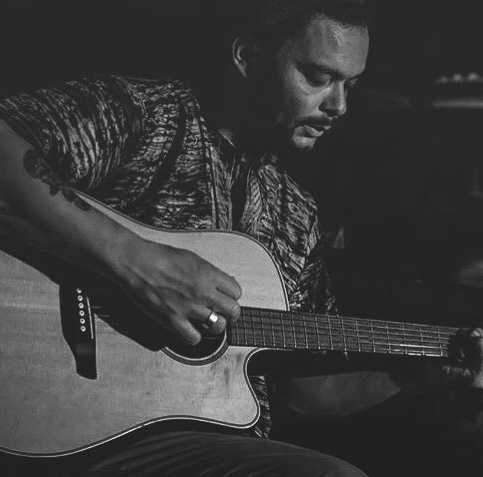 Andrew "Moon Bain is a visual artist, record producer, musician, songwriter and graphic designer. He was active in the arts as a youth in Seattle, Washington, as a cellist in the Seattle Youth Symphony Orchestra, and as an apprentice at Dale Chihuly’s famed “Boat House” artistic glass studios. He relocated to Providence, Rhode Island as a young adult and earned a BFA in sculpture from the Rhode Island School of Design. * He spent 13 years living in Brooklyn, New York. He has traveled and worked extensively in the United States, Europe, Jamaica and throughout the Caribbean, which indelibly influenced his life, art and music. As co-founder of Lustre Kings Productions, a US based reggae label, he continues to make a significant mark in the genre of modern roots reggae music. Bain is an accomplished sound recording and mix engineer with several albums and over a hundred records under his belt. He is also one third of the ever prolific modern roots production team Zion I Kings, receiving a Grammy nod in 2013 for Snoop Lion, Reincarnated. He also produces in the writing- production team PaperStars, with Jahdan Blakkamoore and solo as Moon Bain. He has written and produced records for compelling artists such as Pressure, Wyclef Jean, Sizzla, Snoop Dogg, Major Lazer, Midnite, Anthony B, Blakkamoore, Lutan Fyah and many others. Recently Andrew completed production on Jahdan Blakkamoore’s third full-length studio album, Upward Spiral  and Rhythm of Serenity with French / New Caledonian artist Marcus Gad.   In 2010 he co-founded the Rock & Soul band, Boo City, with life-long friends Tai Awolaju and Harrison Milloff. Boo City’s sound has many stylistic influences including Soul, Rhythm & Blues, Rock, Hip-Hop and Reggae.  In addition to Boo City, Andrew is currently working on a solo project under the moniker, Brown Bones, an acoustic, urban-folk inspired album with subtle electronic elements. He continues to perform, create, make prints and paintings. Bain lives and works in the woods of Central Massachusetts. 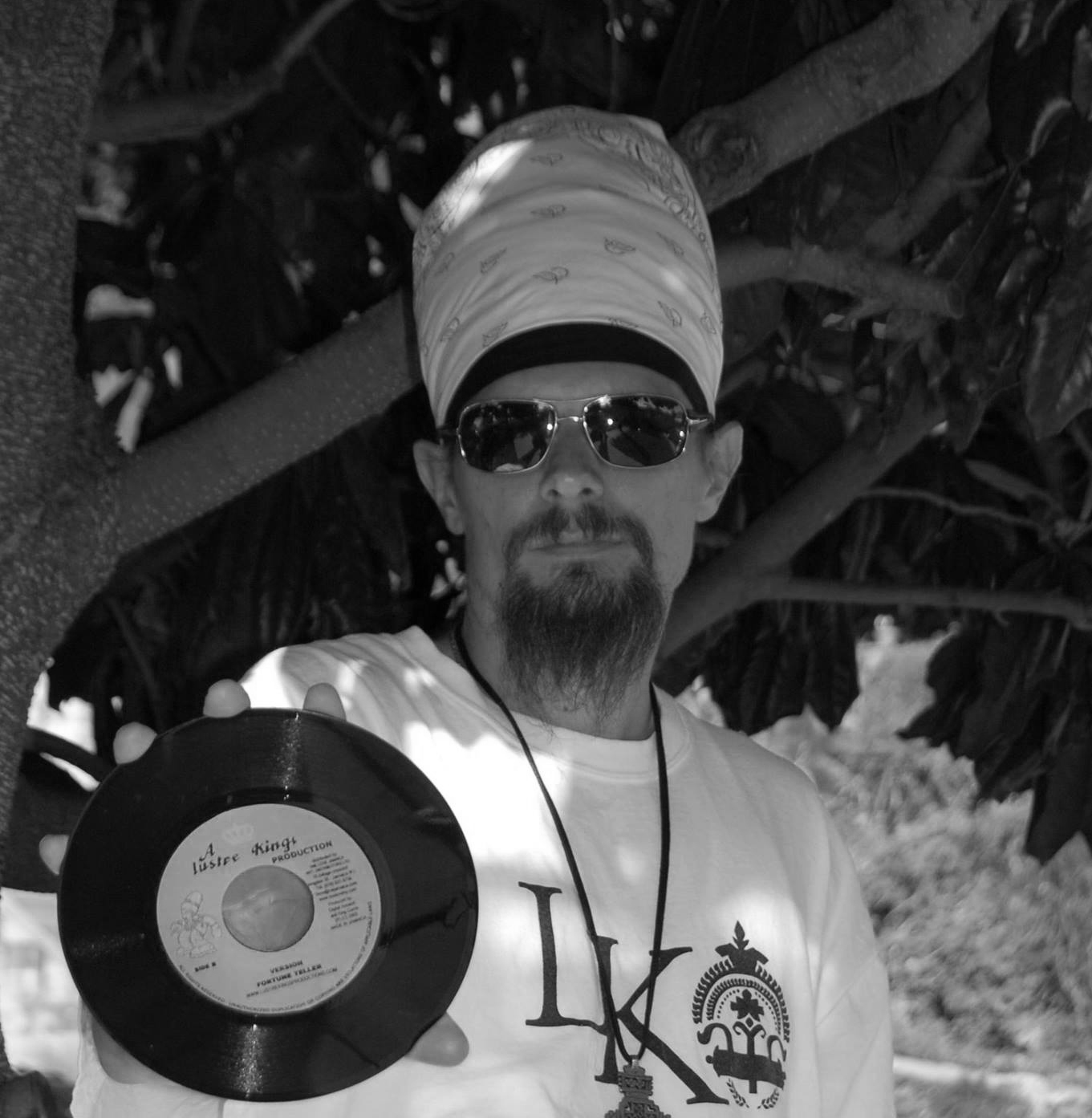 Bio….Corrin Haskell - Lustre Kings Corrin Haskell first got the idea to start Lustre Kings Productions while living in Kingston, JA as a teacher at Bethel School in Half-Way Tree and a student at U-Tech during 1995. He would spend his spare time at Tuff Gong reasoning with Rasta elders and traveling to Nannyville where a blossoming Boboshanti community was emerging. It was at these gatherings, where he got welcomed and anointed into the Rasta community, as well as introduced to many up-and-coming reggae artists like Sizzla, Jah Mason, Jah Cure, Norrisman, and more). Eventually, Corrin and a friend, Tyrone McBean, aka Mr. T, went into Anchor studios and with help of Delroy “Fatta” Pottinger, they recored and released 3 singles: “Jah All the While”, “Bondage”, “Vibes of the Times”. Upon returning to the States, Corrin teamed up with long-time friend, Andrew ‘Moon’ Bain, who happened to be a musical guru and had just returned from his own pilgrimage to the birthplace of reggae, equally infected by the bass, rhythms and specifically the music of Garnett Silk. The two decided to team up and further develop this emerging label as a platform to expose the world to the collection of rising talent gathering in Kingston. They teamed up with two more young artists, I-Call and King Shadrach and released 7 more singles which didn’t gain much exposure. The duo continued to record and expand their stable of artists, recording the “Culture Dem” anthem with Norrisman in 1999. In 2001, Corrin has the opportunity to host Lutan Fyah and Jah Mason on their first trip to California, and they wound up staying with him for 5 months. The group pretty much lived in the studio over this time, recording 5 singles with Jah Mason, and began to work on Lutan Fyah’s debut album, “Time and Place”, which would launch the label to world-wide recognition. Over the next 10 years, Corrin would travel to Jamaica several times per year to record, press, promote, and distribute Lustre Kings records all over the world. He would meet press, DJs, radio personalities, artists, and distributors from all over the world congregating in Jamaica and this enabled him to push the label/brand globally. In addition, he would travel to Europe and Japan to line up interviews, distribution, and record deals. While continuing to be a classroom teacher. Simultaneously, Corrin would help artist book up shows, festivals, and West Coast tours for a variety of talent that forged a new lane in California for Jamaican reggae. Over time, the LK production team have released over 30 albums and hundreds of singles While still playing a small role, in 2012 Corrin decided to take a step back from LK and the music business to focus on teaching, community building, raising his daughter, and business ventures others.